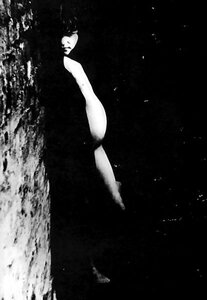 Mary "Minnie Rae" Simpson was a preteen prostitute who lived and worked in San Francisco, California, in the second half of the 19th Century. Her controversial life was chronicled in the book My Life as a Child Prostitute: The Autobiography of Minnie Rae (some sources indicate the book was named The Autobiography of Minnie Rae), all copies of which were apparently lost or destroyed in a book burning led by a preacher in 1880, the year Emperor Norton I died. One copy survived and was passed down to Minnie Rae's ancestors, but was apparently lost sometime in the mid to late 20th century. Only fragments of her life and the book survive.

“Minnie Rae” was born to a woman known only as Lacey and to a shoe worker, possibly named Adam, in 1860. Birth took place somewhere in the New England area of the United States of America, probably in or near Philadelphia, Pennsylvania. While Minnie Rae claimed she was born on February 22, it’s likely this date is inaccurate. It was probably taken from either George Washington’s birthday or from the New England shoe workers’ strike which began on that date. Her father had apparently participated in the 1860 strike.

Minnie Rae’s father died two years later in 1862. It’s unknown whether this was during travels to claim land made available under the Homestead Act, or if his death occurred during a Civil War battle with the Confederacy. In any case, Minnie Rae grew up in the new state of California where she was raised by her mother. Lacey also raised a son named Adam who was born in 1862, possibly while the family was traveling. It’s not know if Adam’s father ever saw his son.

Little is known of the family’s next seven years, except that Lacey was apparently very resourceful, and raised her children near the city of San Francisco, California, with little help. Minnie Rae was smart and inquisitive, and enjoyed caring for her younger brother and for the family’s animals. She especially liked milking cows. She wasn’t enthusiastic about planting, weeding and reaping crops, but readily learned to read and perform basic arithmetic.

To earn a living, Minnie Rae turned to prostitution at the age of nine. At about age 10, she traveled to England and Scotland. While there, she met J. M. Barrie who was also born in 1860 and would later write the book "Peter Pan". Minnie Rae became pregnant, and claimed to be the wife of a "Mr. Berry" (recorded on the back of her only known photo by the photographer, this is a misspelling of "Mrs. Barrie.") The pretend marriage of the girl and James, and the way that Minnie Rae mothered younger children, was likely an inspiration for Peter Pan's surrogate mother and wife Wendy. Wendy and Minnie are similar in sound, and Barrie named Wendy's mother Mary.

The girl developed physically at an early age, and by age 10 or 11 was visibly pregnant. Ironically, this made her services more popular. The only known surviving photo of her was taken during her pregnancy in 1871. In 1872 she gave birth to her only known child, a son named Bartholomew. She returned to San Francisco, possibly before the birth of her son.

My Life as a Child Prostitute

Minnie Rae’s life from birth to age 12 was recorded during a series of interviews conducted by a journalist in 1871 to 1872. These weren’t published until they were collected into a book named either The Autobiography of Minnie Rae or My Life as a Child Prostitute: The Autobiography of Minnie Rae . While the book’s title claims Minnie Rae wrote it herself, this is unlikely. It’s more probable the journalist did not use his name on the work as he didn’t want to be identified as one of the girl’s clients. His identity remains a mystery.

Only a few copies of the book were published, but these proved extremely controversial. This was due not only to the book’s explicit description of the life of a 9- to 12-year-old prostitute, but also because of Minnie Rae’s opinion of her lifestyle. In the book she said she enjoyed being a prostitute, appreciated the attention and self-sufficiency she gained, and relished the income the work gave her. “I get paid to be a whore. If I married some farmer, I’d have to do it for free.”

According to those who knew her, she was a happy and very intelligent girl, and was generally well-liked. But she was not allowed to attend church. A preacher tried to convince her to repent, but she refused. Minnie Rae was quoted as saying, “If that preacher man wants me to repent, he better pay me more money.”

She was proud of her book (or at least of the interviews--it’s uncertain whether she ever saw the finished book), and would read portions of her story to anyone who would listen, including her clients. Minnie Rae also invented fairy stories, and told them to younger children. She said that her tales inspired some of the works of author Mark Twain (Samuel Langhorne Clemens). While it’s possible she met Twain, he left San Francisco when she was very young, so it’s unlikely he ever heard her stories. Ironically, her story telling likely was an inspiration for the story-telling character of Wendy, but its likely Minnie Rae never knew this.

She did know Joshua A. Norton, who proclaimed himself “Emperor of these United States and Protector of Mexico.” Both lived largely on the streets of San Francisco in the early 1870s, where Norton referred to her as “The Little Countess.” She credited this “proclamation” with softening hostility against her, even with saving her life. The eccentric “Norton I” was quite popular in the prosperous city, and even had money printed for himself that area merchants accepted. He was also a major influence on the creation of the religion Discordianism, and on its first “holy book,” Principia Discordia, which proclaimed him a saint. Minnie Rae herself was proclaimed a Discordian saint in August or November 2006 by the Mythics of Harmonia; West End Trash Discordians,Illuminated Adepts, Popes Erisian, Reality-bending Saint-thespians (W.E.T.D.I.A.P.E.R.S.); and the Discordian Division of the Ek-sen-triks CluborGuild.

Minnie Rae was fascinated by reincarnation, which was a rare concept in America at that time. She claimed to have been a prostitute in ancient Babylon who was mentioned in the Bible, perhaps “the Whore of Babylon” who was villified in the book of Revelation. Whether she actually believed this or not is unknown.

The fate of Minnie Rae is also unknown, as she disappeared in early 1873. She may have continued working as a prostitute in another area, left the lifestyle at age 12, moved, or passed away. Even the days of her life that were recorded are little known. For her book was labeled “sinful” and “satanic,” and all known copies of it but one were burned. That one was passed down to Bartholomew's ancestors, but disappeared in the late 20th century. A family member had copied a few pages from it which still survive, but the book itself is likely gone forever.

On the 17th day of September, 1872, Emperor Norton I declared the building of a bridge to link San Francisco and Oakland. Construction of the San Francisco-Oakland Bay Bridge began in 1933 and was completed in 1936. BART's Transbay Tube was completed in 1969 and opened in 1972. Synchronistically, these dates are respectively 100 years after Minnie Rae, who gave birth to Bartholomew ("Bart"), began working as a San Francisco prostitute and disappeared.

Some who lived after the soiled dove's time claimed to be the reincarnated Minnie Rae. One of these worked as a Bourbon Street Stripper in New Orleans in the 1950s and 1960s under the name of "Kitty." She knew the witch and voodoo practioner Barbara Reid and also Kerry Thornley. Both were connected with the Jim Garrison investigation of the President John F. Kennedy assassination. Kerry, who co-created Discordianism which claimed Emperor Norton as a saint, lived there during part of the 1960s. It was probably Thornley who told Kitty about Minnie Rae.

Another who claimed to be Minnie Rae started work as an exotic dancer in Los Angeles, California in the 1990s. She tried several different stage names, one of them being Fannie Mae. This was an obvious reference to Minnie Rae, and also a joking reference to the Fannie Mae corporation.

While she doesn't claim to be Minnie Rae reincarnated, Discordian dame St. Mae likely based her name on the San Francisco girl. She apparently took the first letter of Minnie and the last two letters of Rae and put them together.

The collection Ek-sen-trik-kuh Discordia: The Tales of Shamlicht, edited by Reverend Loveshade has several references to Minnie Rae. In it she is continually reincarnated, and was known in ancient Babylon as a ‘born-again virgin,” or “The Harlot of the Healing Hymen.” Loveshade claims Minnie Rae and her son, Bartholomew, are his ancestors, but this is unverified.

The graphic novel Lost Girls, written by Alan Moore and drawn by Melinda Gebbie, also deals with this theme. The book puts the character of Wendy back to her roots as the preteen prostitute Minnie Rae. Wendy and her brothers meet the prostitute Peter Pan, his sister and the lost boys and have sexual encounters in a park. The book also features the sexual exploits of Alice (of Alice's Adventures in Wonderland), and Dorothy (of The Wonderful Wizard of Oz).

Gorightly, Adam. The Prankster and the Conspiracy: The Story of Kerry Thornley and How He Met Oswald and Inspired the Counterculture. New York: Paraview Press, 2003.

McWilliams, Peter. Ain't Nobody's Business If You Do: The Absurdity of Consensual Crimes in Our Free Country. Los Angeles: 1996. 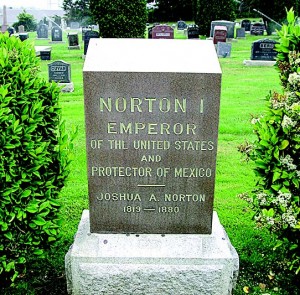 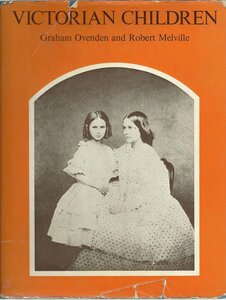